I had a great time seeing this play last year. Glad they are bringing it back. Tim Dowd and Adam LaFaci are back to show us their cocks!

“North to Maine is an epic play about an epic journey…a stunning and emotionally involving work of theater…. All five characters are rich, highly individual creations…all bring energy, insight, and deep humanity to their work… they create as seamless and satisfying an ensemble as any you’re likely to see on stage right now….  It’s a journey well worth the taking.”
– Martin Denton, NYTheatre.com

North To Maine: A Journey on the Appalachian Trail

Tickets: $15
$1 of every ticket sold will be donated to the Appalachian Trail Conservancy

Runtime: 2.5 Hours, which includes one intermission 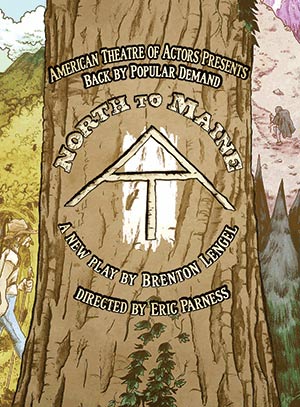 Inspired by the playwrights own personal experiences while walking the full length of the Appalachian Trail, North To Maine is the first play ever written about this treasure of the American landscape and the thru-hikers who attempt to walk every one of its estimated 2,180 miles within a single season. The story follows five such thru-hikers as they travel north. Adam, a recent college graduate searching for purpose is joined by Kevin, a sagely former marine and Vietnam veteran; “Creature Man,” a young and judgmental entrepreneur who has lost his business (and maybe some of his mind); “Juice-Box,” a young schoolteacher who is one of the few women on the trail; and “Rock-Stabber,” a former marine/gear tester/jazz singer who has the unfortunate (and annoying) habit of constantly singing, especially late into the evenings when everyone else is trying to go to sleep. Note: North To Maine contains brief nudity.

The Appalachian National Scenic Trail is a 2,176 mile footpath through the American wilderness. It begins at the summit of Mt. Springer in Georgia and winds through fourteen states to the summit of Katahdin in Maine. Every year, nearly 2,000 people attempt the feat of walking it, in its entirety, in a single season. They are called thru-hikers. Thru-hikers come from all walks of life, from all over the world. They carry all their possessions on their backs, sleep in tents and shelters along the way, and trust their lives to the kindness of strangers and to their own hands.

North to Maine is the recipient of first runner-up in the 2010 James Rodgers National Playwright’s Competition at the University of Kentucky and was solicited for the 2010 Human Festival of New American Plays reading cycle at Actors Theatre of Louisville. To date, it has seen several staged readings; one with Antipants Productions in Louisville, and another with ArtEffects Theatre Company in New York City. It was an official event at the 2010 Trail Days National Thru-Hiker Festival, produced by Autonomous Collective and sponsored by Whole Foods, Eastern Mountain Sports & Gregory Backpacks. North to Maine so enjoys multiple sponsors, including the Appalachian Trail Conservancy and Gear to Go Outfitters. The world premiere production of North to Maine premiered on July 5th 2013 at the C.O.W. Formerly the Living Theater, 21 Clinton Street in New York’s Lower East Side, produced by State of Play Productions Inc. and sponsored by sponsored by Leki, Osprey, and The Appalachian Trail Conservancy.

The Appalachian Trail Conservancy’s mission is to preserve and manage the Appalachian Trail – ensuring that its vast natural beauty and priceless cultural heritage can be shared and enjoyed today, tomorrow, and for centuries to come. For more information please visit www.appalachiantrail.org, or visit their media kit here.

Brenton Lengel (playwright) is a playwright, poet, actor, and Appalachian Trail 2000-Miler. He holds a B.A. in Theatre from the University of Kentucky, where he trained under New Dramatists alumnus Herman D. Farrell and Kentucky Poet Laureate Gurney Norman. Brent’s first full-length play, Trojan Men, was selected as a semi-finalist for the 2010 Eugene O’Neill National Playwrights Conference. His second play, North to Maine, won first runner-up in the James Rodgers National Playwrights Competition. His play Mic. premiered in the 2011 New York International Fringe Festival and received an extended run at Manhattan Theatre Source; his play Snow White Zombie: Apocalypse enjoyed a sold out FringeNYC 2012 run. Brent is currently the Playwright-in-Residence for State of Play Productions, a founding member of the anarchist theatre company Autonomous Collective, and host of the weekly radio show Insurrection with Brenton Lengel o n the StarCom Radio Network. www.brentonlengel.com

Eric Parness (director) is the Artistic Director of Resonance Ensemble, where he has directed classics by Sophocles, Gorky, Chekhov, and Ibsen, and the world premieres of The Mail Order Bride by Charles L. Mee, 23 Knives by Christopher Boal, Shakespeare’s Slave by Steven Fechter, and The Truth Quotient by Richard Manley. Other New York directing credits include Rachel Reiner Productions’ Embraceable Me; Jean Cocteau’s Crazy for the Dog; Oberon Theatre’s The Starship Astrov; Hypothetical Theatre Company’s Kryptonite City; and Boomerang’s Blood Wedding. He has directed regional theatre in Charlotte, NC; Latham, NY; and Saratoga Springs, NY. He has also directed educational theatre for Brooklyn College, Marist College, Stern College and Brandeis University. Eric is a graduate of Brandeis University, an MFA Candidate at Brooklyn College and a member of the Lincoln  ;Center Theater’s Directors Lab. Eric directed the 2013 world premiere of North to Maine with State of Play Productions Inc. 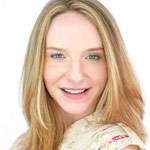 Samantha Rivers Cole – Favorite role’s include Juliet in “Romeo and Juliet”, Desdemona in “Othello”, Pam in “Hunter Gatherers” and Joley 14 in “Blood Sky”. You can also see her making trouble all around town with her all girl sketch comedy troupe “Pirate Sugar”. She has an MFA in acting from UW and has also trained at Harvard with the Moscow Art Theatre School USA, UC Berkeley, the American Conservatory Theater and is currently studying at the T. Schreiber Studio. www.SamanthaRiversCole.com 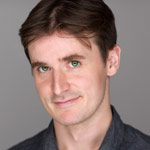 Tim Dowd is the co-founder of Plan Z Productions and originated the role of Adam in the 2013 debut of North to Maine with State of Play Productions Inc. Tim’s recent theatre credits include Is He Dead?,  Romeo and Juliet, Hamlet and Good People among others. He was trained at Binghamton University and at Shakespeare and Company under Dennis Krausnik. He has recently wrapped his first feature length film “Threeway.” 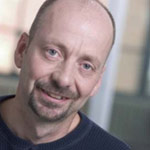 Michael Raymond Fox is currently a Company Member of the Axial Theatre, a professional theater in Westchester County. Michael has played roles from works by Harper Lee to Gina Gianfroddo, working in regional theater, the NYC Fringe Festival, as well as many other theaters throughout New York and the Northeast. Michael is an Equity Member Candidate, has appeared as a principal in commercials and has had small roles in film and television. Most recently, Michael studied with Peter Miner at T. Schreiber Studios, has studied at HB Studios and is a “regular” at Howard Meyer’s Master Class. 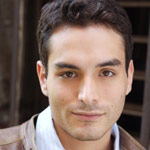 Adam La Faci is a co-founder of State of Play Productions, Inc. and has appeared in State of Play’s NY Times critically-acclaimed The City That Cried Wolf at 59E59 Theaters. He also originated the role of Nick in the 2013 debut of North to Maine with State of Play. Film credits include the currently untitled David Chase film being distributed by Paramount Pictures in 2012. He has also appeared in indie short films which screened at the Big Apple Film Festival, Asian American Film Festival, and the Shockerfest Film Festival. Regional theater credits include Defying Gravity (Chester Theater Co.) and a tour of the world premiere of Michael Dowling’s Random Acts (Chester Theater Co.) as a founding member of the Gateway Acting Company. Adam is represented by the Carson-Adler Agency. Graduate of Bard College at Simon’s Rock. 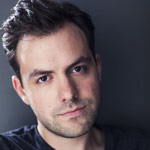 Winston Shaw is a Native of Santa Fe, New Mexico. He studied theater and Screenwriting at Sarah Lawrence College and Improv at the People’s Improv Theater in NYC. He currently resides in Brooklyn, and has appeared in Off Broadway productions at EST, The Mint Theater, the Looking Glass Theater and many others.