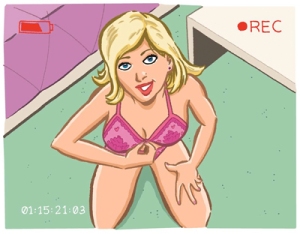 From the moderator: I wonder if this musical will show us some male nudity….

PRETTY FILTHY: A new musical about the other Hollywood.
Music and Lyrics by Michael Friedman
Book by Bess Wohl
Directed by Steve Cosson

The Civilians’ world premiere production Pretty Filthy kicks off the 100th anniversary celebration of the landmarked Harry De Jur Playhouse at Abrons Arts Center. This investigative theater company is known for tackling complex subjects with intelligence, humanity and humor. Drawing on extensive interviews and research, The Civilians’ Pretty Filthy explores the real stories of people in the adult entertainment industry. Running January 31–March 1, Pretty Filthy is directed by Steve Cosson, with music and lyrics by Michael Friedman and a book by Bess Wohl, along with the same design team behind last season’s Mr. Burns, a Post-Electric Play.

Inspired by a tradition of classic musicals about show business, Pretty Filthy is the untold showbiz musical, based on interviews with adult entertainers. Armed with their notepads and recorders, The Civilians crossed the mountain range that divides Hollywood from the “other Hollywood”—the San Fernando Valley, world capital of porn. The artists conducted interviews and visited sets to get an insider’s glimpse into a world that is far more than the sum of its (very) visible parts. The creative team learned firsthand that the words of one interviewee, the legendary Nina Hartley, were quite true: “sex on camera is far less sexy and far more ridiculous than you might think.” The Civilians’ time in the Valley captured a singular time in our culture; this digital era that’s radically transformed the business of sex. Pretty Filthy is ultimately a story about trying to make a life and a living in an ever-changing world—a task that’s all the more complicated when your work is so intimately tied to customer “satisfaction.”