Whoa! We have another tie for the HOTTEST NUDE SCENE of 2015. Back in 2014 we had a tie between WILL PULLEN and DAVID ANZUELO and this time, WILL BRADLEY and QUINN FRANZEN also tied for the first place!

Will Bradley once again wowed theater-goers when he reprised his role as one of the leads in The Twentieth Century Way, a fast-paced two-man tour-de-force that had Bradley playing a staggeringly eclectic handful of different characters, and doing so expertly and stripping down to his birthday suit by the end of the play. 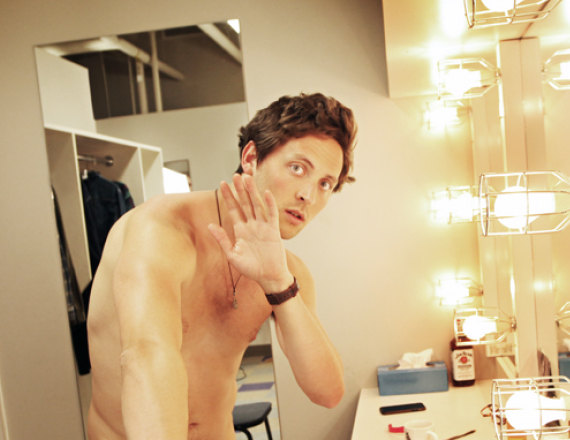 These 2 deserved to win our HOTTEST NUDE SCENES of 2015!!! I hope to see more of these two not only onstage but in movies and TV as well.