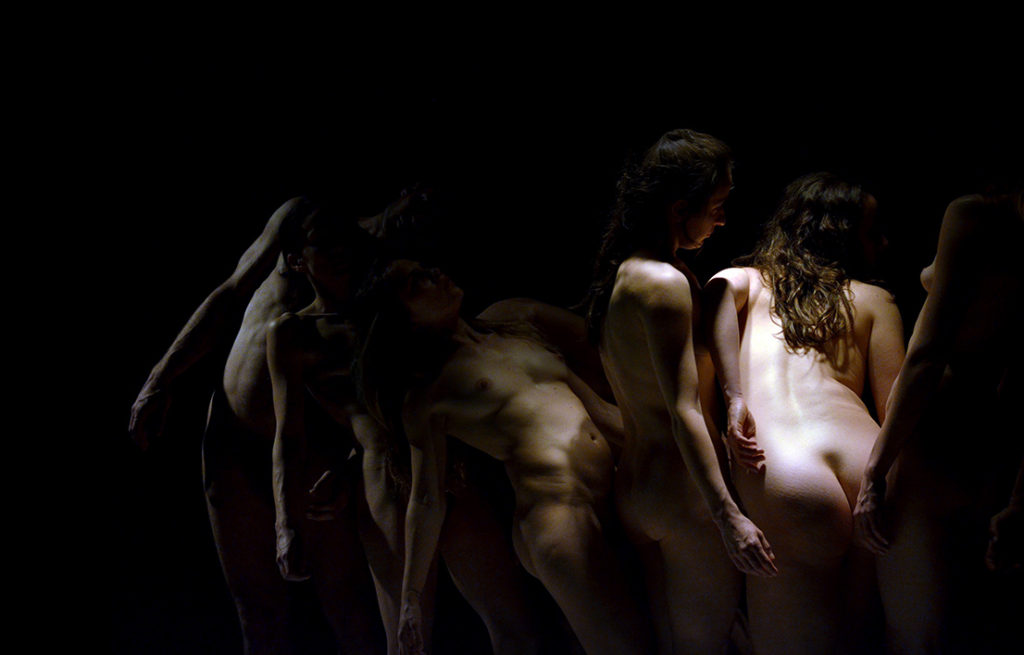 Denuded by choreographer Bruno Isaković is a large ensemble work comprised of 9 dancers from around the world. The piece presents an expanded version of a solo of the same title that captivated viewers in Croatia, other parts of Europe, the United States, South America, and Asia. The performer-spectator dialogue in Denuded works with the multitude of associations provoked by the performer’s body stripped of any denotations. The body is engaged in organic, brutally decelerated and controlled movement. There is the skin, the breathing, muscular tension, and endurance. Any other inscription is in the consciousness of the spectator.